In recent times, the many studies conducted on Cordyceps (Cordyceps sinensis) in universities and research centres around the world have confirmed what Traditional Chinese Medicine had discovered over the centuries. Its efficacy in the treatment of liver disorders (Holliday et al., 2005; Dai et al., 2001), in cardiovascular problems (Yan et al., 2013; Chen et al., 1995), in strengthening physical and mental energy and the health of the male and female sexual apparatus (Huang et al., 2004; Huang et al., 2001; Zhu et al., 1998a and 1998b) has been recognized and demonstrated.

Originating in the Tibet region, Cordyceps grows at altitudes of up to five thousand meters.
For centuries, in these places, native populations have known about its beneficial effects on the body, especially for fighting fatigue. One of the strengths of Cordyceps is its ability to increase physical and mental energy, a feature that makes it highly appreciated by athletes, but also by people with an intense pace of life. It became well-known after the female Chinese athletes during the 1993 Chinese National Athletics Games in Beijing broke a remarkable series of records. Their amazing performances fuelled suspicions about a probable use of illicit substances, but the doping tests excluded such substances: in addition to high level training, the results obtained were attributed to Cordyceps.
This Medicinal Mushroom is authorized by all world sports federations, including the IOC (International Olympic Committee), because it is a safe and beneficial remedy for the health of athletes.

In Cordyceps there are: 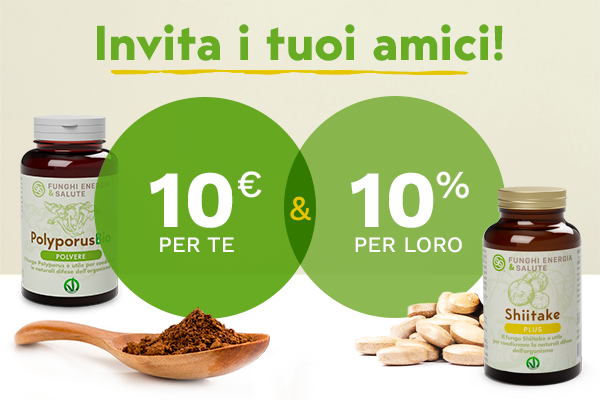